“I travel because I need to…because my wild, adventurous spirit can’t live according to the ‘norm’. I travel to regroup, to reinvent myself, to be the best of me I can be, to find joy in the ordinary and peace in exploring.
I travel to be. #truth”
Unknown ‘Travel Quotes’
JWH SOUTHERN AFRICA APRIL 2020
https://digital.guidedafrica.com/Itinerary/Landing/046996c4-3ec9-4cd6-8e22-3fcae24c6780

30 Best Places to Visit in South America - The Trend Spotter!
Read Here: https://www.thetrendspotter.net/best-places-to-visit-south-america/
South America is a continent of many faces. With its extensive cultural history, ancient civilisations, breathtaking natural wonders and cosmopolitan cities, it is unlike any other destination on earth. From the wild Amazon to Incan remains and carnival extravaganzas; the Latin continent provides for adventurous types as well as travellers who prefer urban city life. To aid your future travel planning, we’ve rounded up the best places to visit in South America. 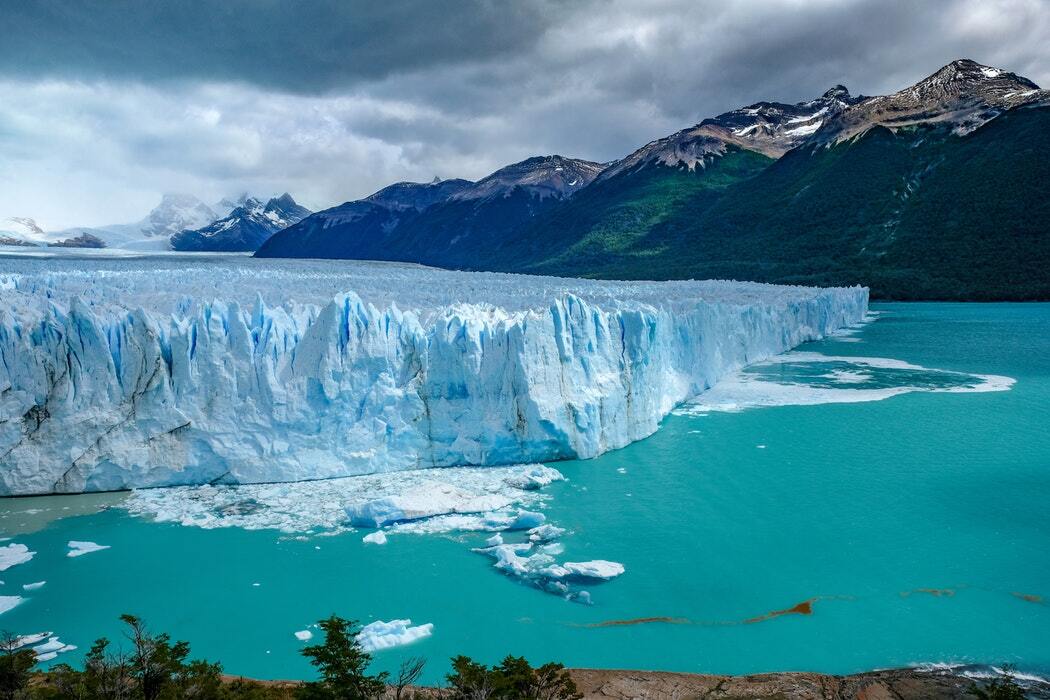 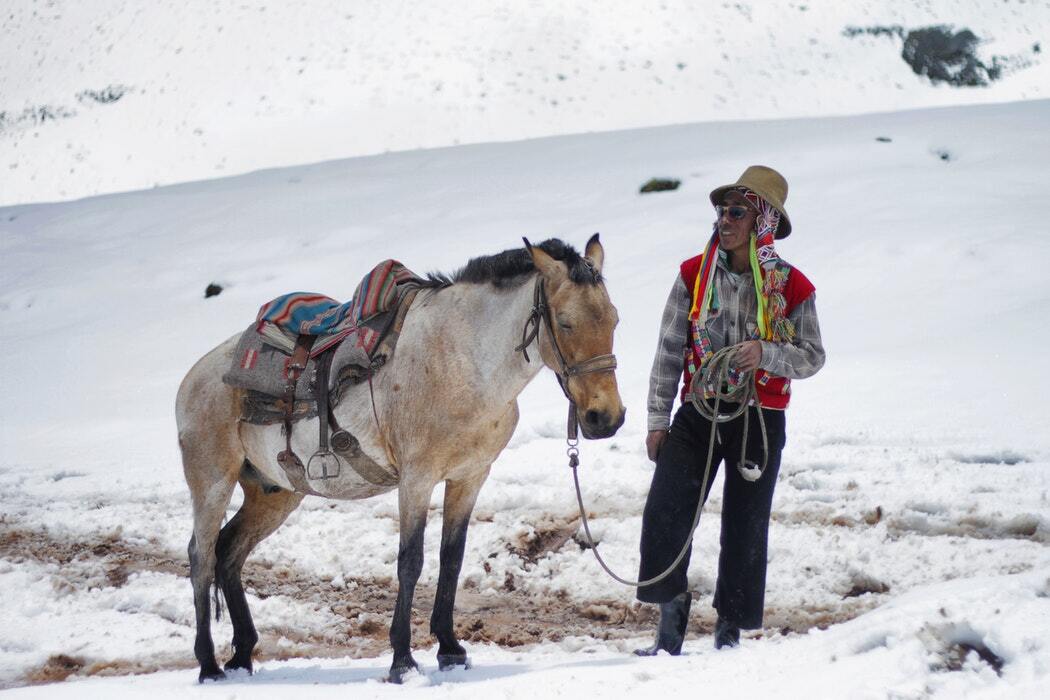 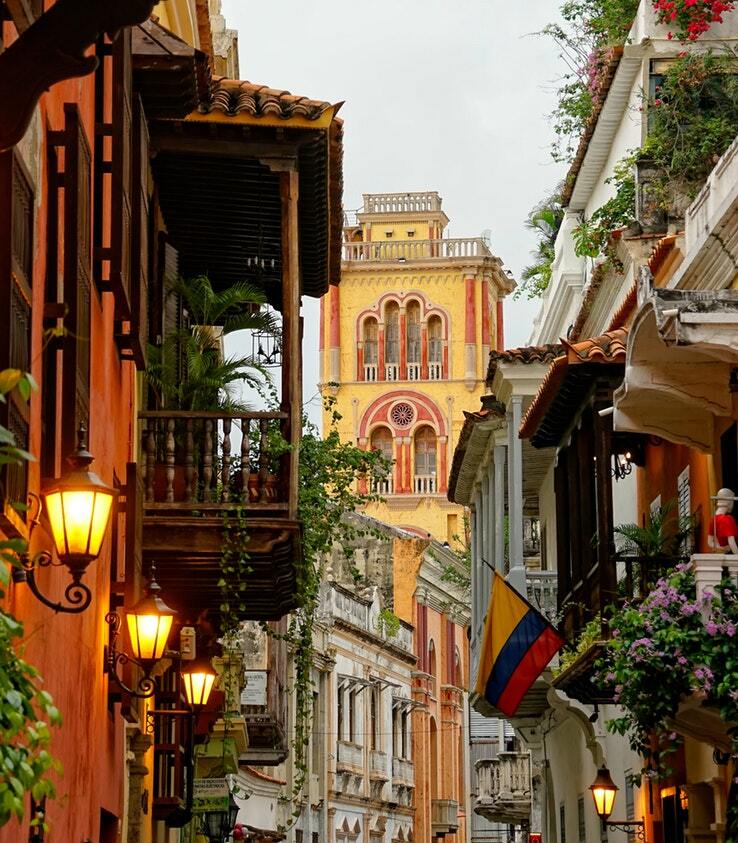 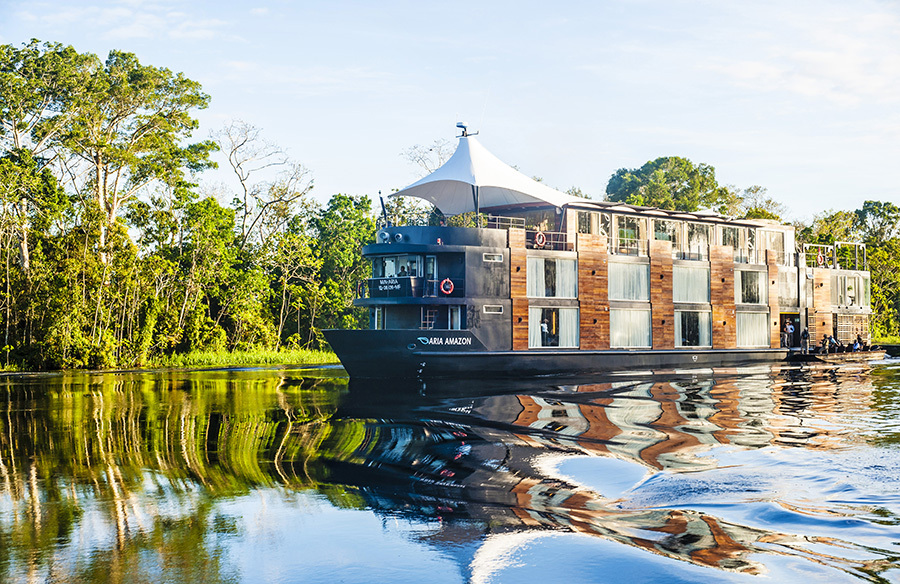 Embark on rewarding wildlife discoveries in the Peruvian Amazon aboard five-star, eco-friendly luxury and comfort
Designed by innovative architect Jordi Puig, Aria Amazon is a river cruise ship that is custom-built to explore the Peruvian Amazon and the famed Pacaya-Samiria National Reserve in absolute comfort and luxury — with minimal impact to the delicate Amazon river and rainforest environment.
https://www.aquaexpeditions.com/amazon-river-cruise/
Bolivia Vacation Travel Guide
Bolivia, a landlocked South American country, holds the promise of discovery for adventurous souls. While pretty Sucre, “La Ciudad Blanca,” is Bolivia’s judicial capital, La Paz is its political capital and also its main tourist hub. On the Mirador at Laikacota, you get a feel for how incredibly high up in the Andes this city sits. Deep in the valley below lies the central Plaza Murillo, home to the most precious buildings: the Presidential Palace, National Congress and Metropolitan Cathedral. Most visitors stay near the Plaza San Francisco, because of its proximity to hidden gems, such as the curious Witches’ Market, the Musical Instrument Museum and the Coca Museum. Around La Paz, you can ride down “El Camino de la Muerte,' hike through the lunar landscape of Valle de la Luna and great the alpacas that road around the Tiwanaku Cultural Heritage Site. Bolivia is a diamond in the rough. It’s relatively poor and undeveloped, but its extremely authentic, colourful and cultural. Bolivia’s riches shine through in the country’s high altiplanos, its floating reed islands on Lake Titicaca, the silver mines of Potosi, the infinite salt flats of the Salar de Uyuni and the untamed tropical lowlands in the vast Amazon basin.
Expedia
Published on Jul 7, 2016
Patagonia Vacation Travel Gui
Travel to the land that time forgot and set out on the journey of a lifetime in Patagonia, where Mother Nature runs the show. Patagonia, the fabled ‘edge of the world’, spans the southernmost regions of Chile and Argentina and can be rugged and desolate as well as breathtakingly beautiful and inviting. This last frontier of South America is a colourful mosaic of snow-capped mountains, icebergs, volcanoes, glaciers, forests, lakes and vast steppe plains. On the Argentinean side, the scenic Road of the 7 Lakes takes you from San Martín de Los Andes to Villa La Angostura and finally San Carlos de Bariloche, a popular ski resort on the shores of Lake Nahuel Huapi. El Chaltén, in the southern Andes, is Argentina’s trekking capital. Trails lead to Laguna Capri, Fitz Roy Mountain and the fearsome Cerro Torre. El Calafate is nestled the southern shores of Lago Argentino and is the gateway lake to Los Glaciares National Park. Here, one of the world’s most awe-inspiring glaciers awaits the Perito Moreno Glacier. In the southernmost city in the world, Ushuaia, take the 'End of the World Train’ to Tierra del Fuego National Park or get there by boat over the Beagle Channel. Photo opportunities along the way include Bird Island, Seal Island and the historic Les Éclaireurs lighthouse. On the Chilean side of Patagonia, the regional capital Punta Arenas attracts visitors with its colonial architecture, cultural attractions and hospitality. Tour the region’s Milodón Cave, where the remains of a giant ground-dwelling sloth and other huge extinct species were found. Torres del Paine National Park is great for horse riding or hiking, with its steppes, snowcapped peaks, brimming lakes and Salto Grande waterfalls. On the northern border of Chilean Patagonia, in the Los Lagos region, looms the mighty Osorno Volcano. The town of Puerto Varas, on the opposite shores of Lake Llanquihue, marks the end of your Patagonia expedition.
Expedia
Published on Dec 2, 2015
Cusco & Machu Picchu Vacation Travel Guide
In Cusco and the Sacred Valley, magnificent ruins await the adventurous traveler. The most famous of all is Machu Picchu. Cusco is the former capital of the Inca Empire of the Sun. Since the 16th century, Spanish colonial buildings were built atop former Inca Palaces, of which only the foundations remain. Examples in the central Plaza de Armas are the Cusco Cathedral and La Compañia church. Another striking example is Qorikancha, the former golden courtyard of the Temple of the Sun. The Spanish used stones from Sacsayhuaman, an Inca stronghold overlooking the city. In the Urubamba Valley or Sacred Valley, visitors can see the mysterious Moray Terraces and the pre-Inca Salt Mines of Maras. Ollantaytambo is a living Inca city and its towering ruins from the start of the Inca Trail to Machu Picchu. The long-lost Inca bastion was uncovered from the jungle in 1911. It remains a mystery how the Incas managed to stack the heavy granite blocks that make up the city’s buildings so precisely, at high altitude. Little is also known about how the Incas turned a multi-lingual tribal region in an empire that is now known as one of the greatest civilizations in history.
Expedia
Published on May 4, 2015

Cape Breton student sings beautiful Mi'kmaq rendition of the Beatles' Blackbird: watch
Jennifer Van Evra · CBC Radio · Posted: May 01, 2019
Blackbird is one of the Beatles' most beloved songs — and now a small East Coast school has made it their own by creating a rendition in the Mi'kmaq language.
Music students at Allison Bernard Memorial High School in Eskasoni, Nova Scotia created the cover as part of the International Year of Indigenous Languages, a United Nations initiative aimed at raising awareness of endangered Indigenous languages around the world.
Led by music teacher Carter Chiasson, students recorded the Paul McCartney classic in their native Mi'kmaq language, with translation by Chiasson's colleagues Katani Julian and Albert 'Golydada' Julian.
A LITTLE BIT (REALLY, TRULY) GOES A LONG WAY
https://www.cntraveler.com/story/eco-friendly-travel-guide
Being a responsible traveler sounds simple in theory: Just go green. Take care of the environment. But when it comes time to actually taking action, it can get a bit overwhelming. Where to start? And what to pack?
By KATHERINE LAGRAVE
April 22, 2019
The artist who reveals the hidden colours of history
https://www.bbc.com/reel/playlist/hidden-histories?vpid=p06p9h27
01 JANUARY 2019|ART
Marina Amaral is a digital colourist who specialises in bringing black-and-white photos back to life, helping to create a greater emotional connection with history.
BBC Culture
The village that built its own wi-fi network - BBC Africa
With data costs in South Africa amongst the highest on the continent, how can poor rural communities be expected to get online and join the fourth industrial revolution? Well, the village of Mankosi has been at the forefront of an experiment to bridge the internet gap and make cheap wifi a reality. And it's a project that could have major implications for similar communities around the world. Video journalist: Christian Parkinson Reporter: Vauldi Carelse
BBC News Africa
Published on Mar 28, 2019

"I would rather own a little and see the world than own the world and see a little." —Alexander Sattler... learn more

“My life is shaped by the urgent need to wander and observe, and my camera is my passport.'’ - Steve... learn more