Life shouldn’t just be filled with days; days should be filled with life!
And there is nowhere better to put this philosophy into practice than in Croatia!
Join Chef John Bishop on a tour of this spectacular country. Breathtaking nature, charming architecture, UNESCO Heritage Sites, a long stunning coastline (CNN: Dalmatian coast among top 16 coastlines in the world), Croatia offers it all! Travel from north to south and from east to west, from the shores of the Adriatic in Dalmatia to the valleys of Slavonia to explore the diversity of Croatian cuisine and discover its wonderful specialities.
Tour highlights include a visit to Plitvice Lakes National Park known for its chain of spearmint green and electric blue terraced lakes, joined by waterfalls; Hvar, the longest island in the Adriatic, an island of vineyards, olive groves and lavender; the Island of Pag for the most highly acclaimed cheese in Croatia, Paski; the forests of Istria are famous as foraging grounds for the highly prized truffle, join a guided truffle search followed by lunch; the Stud Farm at Dakova where Horses of the Lipizzaner breed have been bred since the beginning of the 19th Century. This tour showcases Croatia at it’s best!
Sources: Croatia Tourism/CNN 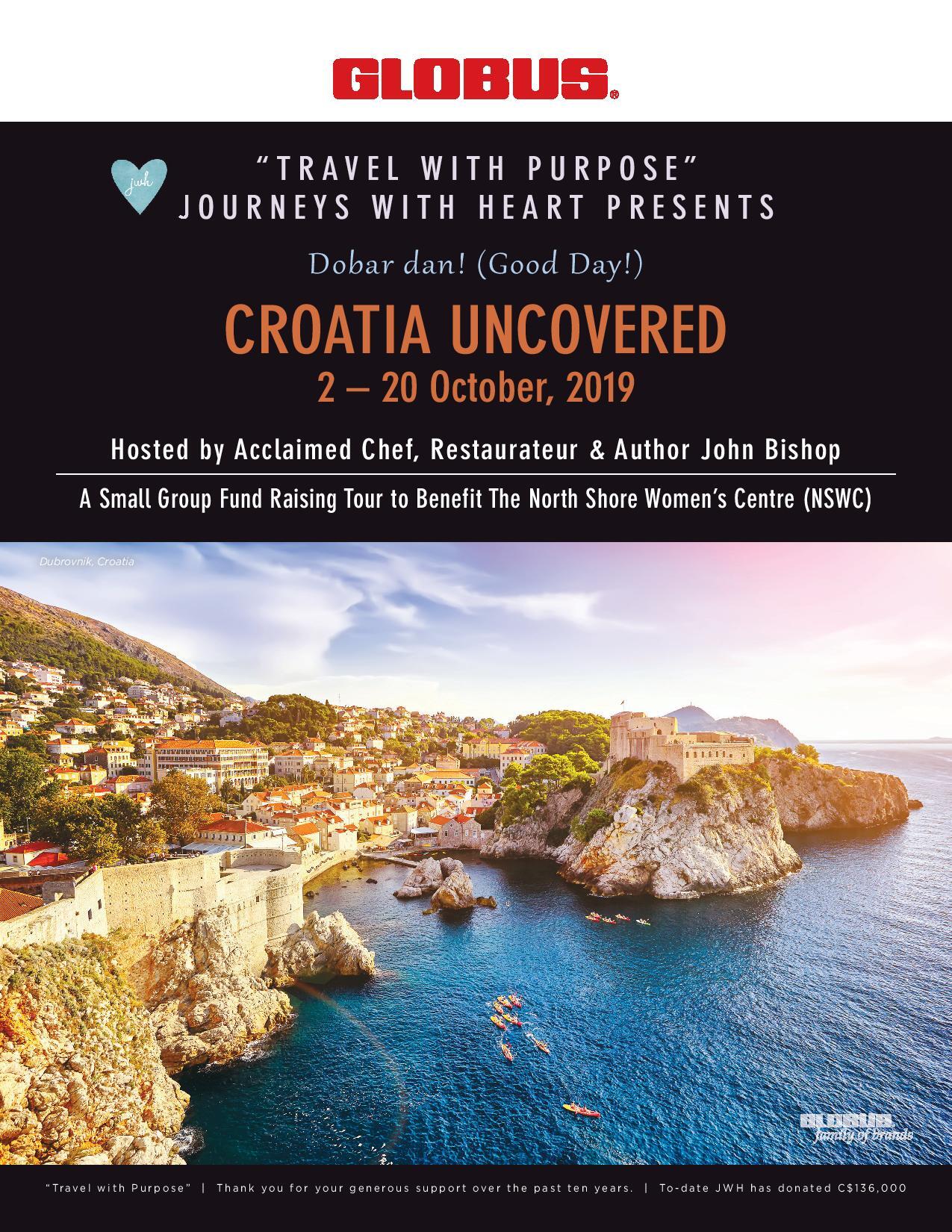 Gail and I had a very enjoyable tour of Croatia. We enjoyed all of the people that were with us .... maybe 28 people was more than usual but it did workout! John and Theresa were the usual great hosts, unfortunately John was bothered with a bad cold for much of the tour. And yes, I also contracted a bad cold plus periodically had problems with my hip. Hopefully I did keep up to the group most of the time!
It was a very exciting trip. The hotels were top notch, we enjoyed Dushka very much, a very enjoyable coach driver, the food was good, and choices of visits were well chosen. You are to be complemented for your hard work and planning to making the Croatian trip such a success.
B & G | Croatia