14 Days, September 20 – October 3, 2023
Hosted by Acclaimed Chef, Restaurateur & Author John Bishop
A Small Group Fund Raising Tour to Benefit the Potluck Café Society
SELLING NOW – SPACE IS LIMITED
TREKKED BY MORE THAN HALF OF HUMANKIND’S ANCIENT WORLD, modern day Sicily still offers off-the-beaten-path discoveries that reveal an undiscovered side of Italy. The Phoenicians, Greeks, Romans, Byzantines, Arabs, Normans, French, Germans, Spanish, Italians, and even the British have left an impression on this gorgeous island, and it shows in its diverse architecture, unique culture, and multinational cuisine. As you trace the sparkling coast from the flamboyant capital city of Palermo to the ultra-chic Taormina Riviera, you can expect stunning archaeological treasures, ancient works of art, a warm welcome at every turn, and a cool gelato on every corner. Traditional granita, cannoli, Marsala wine, and a tasting at Dolceria Bonajuto, Sicily’s oldest chocolate factory, only sweeten the experience on this Sicilian Escape.
Photo credit: Rgbanthony – Pixabay
Youtube credit: Sicily International 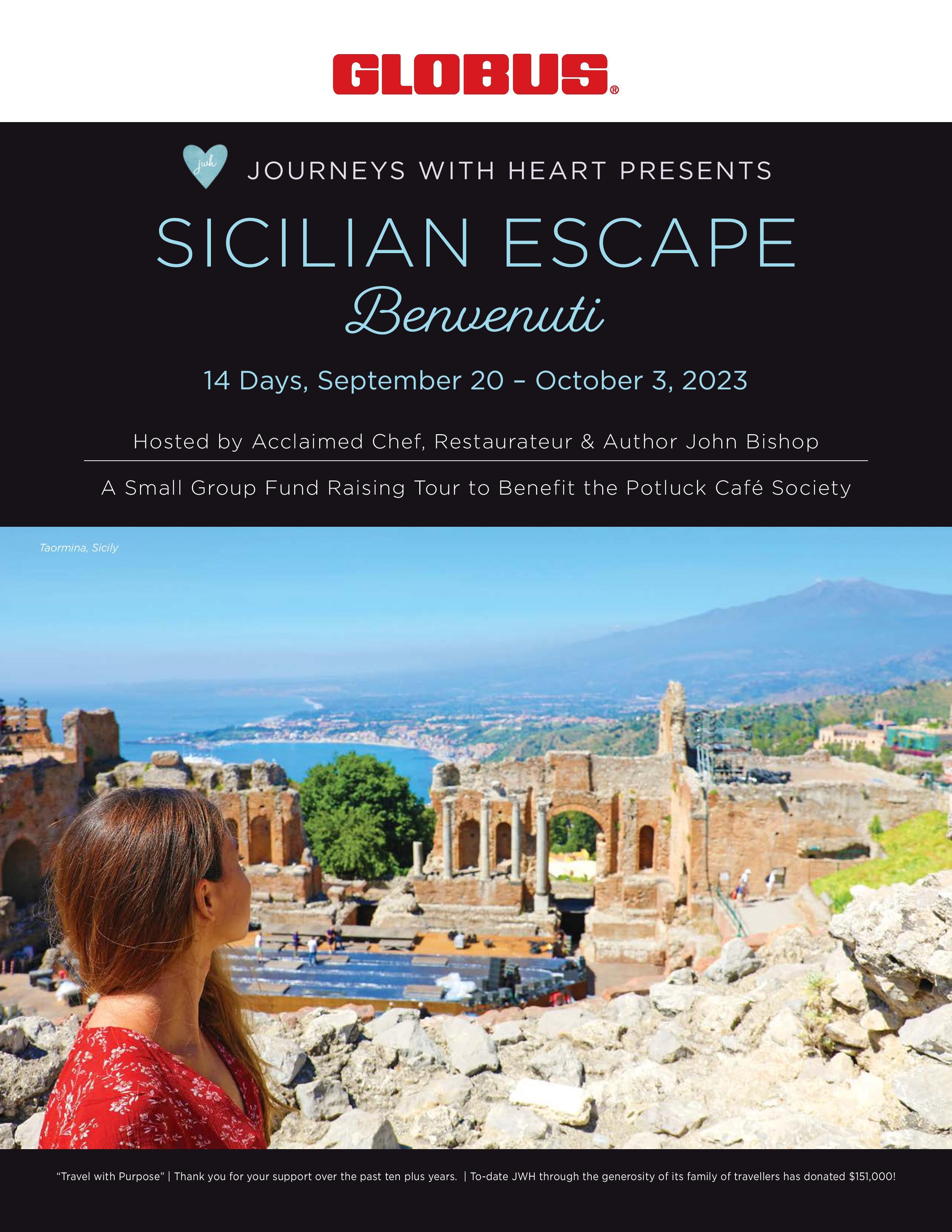 Now we are recovered from jet lag and reflecting on our trip, I wanted to thank you and let you know what a marvellous and varied trip Greece was for us. It was my first trip and Peter had not been for fifty years! It was also a privilege to be informed and support Dan's legacy.