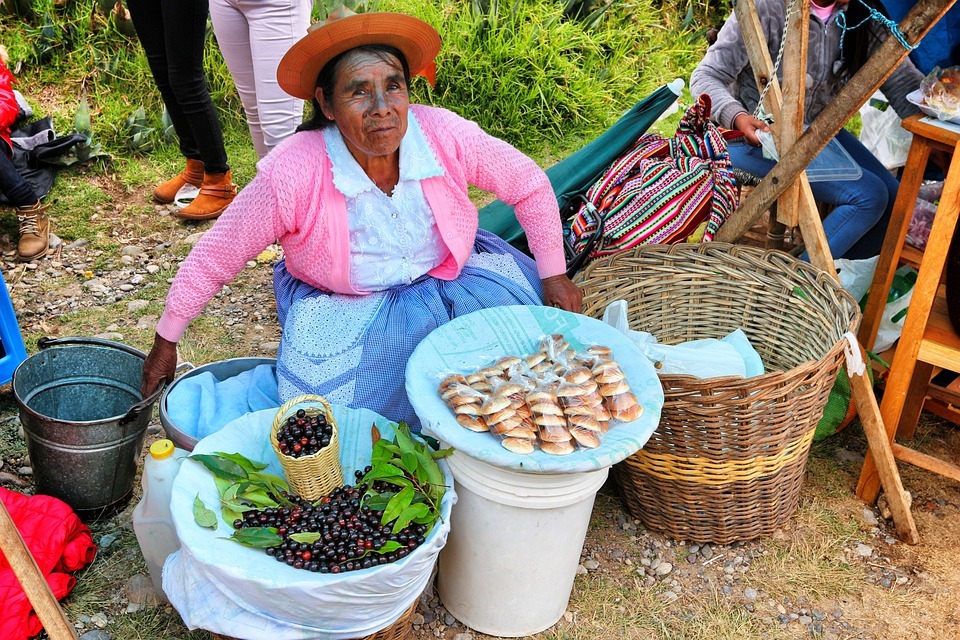 Photo credit: anestares - Pixabay
PERUVIAN CUISINE IS A LESSON IN HISTORY AND GEOGRAPHY
by Carla Bragagnini
From multicultural influences to ancient traditions and modern adaptations, here’s Peruvian-Canadian Carla Bragagnini’s guide to Peru’s spectacular cuisine.
A ride through downtown Lima reveals endless chifa restaurants, bakeries, cebicherias, outdoor markets and street food stands. Lima, Arequipa and other major Peruvian cities have a strong cultural identity that is built on food – well, and soccer! – and rightly so (on both accounts). In a process impossible to recreate, Peruvian cuisine has evolved from centuries of varied cultural influences to make it what it is today: a mouthwatering flavour explosion hardly found anywhere else (in my humble opinion!).
It all started with bold experimentation that cultivated and enhanced native ingredients found in Peru’s three rich and distinct regions: the Pacific Coast, the Andes Mountains and the Amazon Rainforest. Culinary indigenous foundations were then sprinkled with European-influenced flavours, and mixed with a spoonful of Asian and African traditions, which came from a wave of immigration.
With so many outside influences, Peru’s national identity has been hard to pinpoint, but food has helped the country and its citizens find their authenticity and cultural pride. You’ll definitely have to make a detour on the way to Machu Picchu to try some of the country’s most famous dishes.
https://outpostmagazine.com/whether-youre-a-foodie-or-not-peruvian-cuisine-is-a-great-lesson-in-history-and-geography-food-part-1/
Peruvian Green Chicken Soup [Aguadito de Pollo]
'Aguadito' is a traditional chicken soup in Peruvian cuisine. It's usually made with chicken and rice, but I substituted the rice with quinoa (a Peruvian staple). The dramatic finishing touch to this soup is a puree of cilantro, Poblano chiles, and Aji Amarillo (Peruvian yellow pepper). This soup is not only tasty (Sabroso) but it's the vibrant green color that will have you scrambling for a spoon! Sabroso! Tasty! Yummy! Savory! Aug 22, 2020
Explore Claude Monet’s life in Giverny with guest lecturer Caroline Holmes
Hosted by Caroline Holmes
Discover how an iconic French artist drew inspiration from his beloved garden as guest lecturer Caroline Holmes presents “Claude Monet’s Garden in Giverny.” Caroline is an award-winning author and garden historian; and during her lecture she shares insights based on years of research that reveal intriguing aspects of Claude Monet’s work, his influences and his home in the French village of Giverny. Following her discussion, Caroline continues to examine this world-renowned impressionist painter during a question and answer session. March 15, 2021 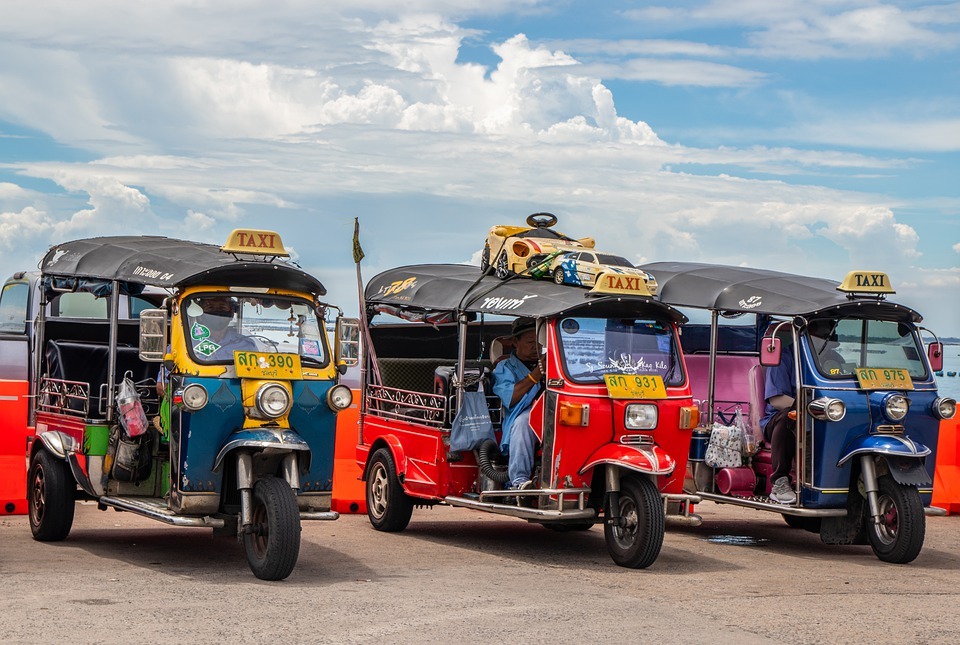 Photo credit: Thailand – becausewecan - Pixabay
BANGKOK
The Chefs, Designers, and Activists Transforming Bangkok
A rising class of Bangkok creatives are mining their heritage to put a modern spin on Thailand's culture—and breaking down barriers along the way.
BY CHRIS SCHALKX
March 10, 2021
https://www.cntraveler.com/story/the-chefs-designers-and-activists-transforming-bangkok?
6 Best European River Cruise Lines. Which One Is Right For You?
What are the best European river cruise lines? I discuss the 6, based on my numerous river cruises through Europe that I recommend that you consider for your first or next river cruise in Europe. I review and discuss lines ranging from premium to more value, and those in between. These are the 6 best river cruise lines to consider. Which one sounds right and best for you?
Sep 5, 2019
Tips For Travellers
Kinetic wind sculpture by Anthony Howe. Human sized.
Anthony Howe  https://www.howeart.net/
March 9, 2021
How Used Chopsticks Are Turned Into Tables, Tiles, And Other Furniture | World Wide Waste
People around the world discard at least 80 billion pairs of chopsticks every year. ChopValue, a Canadian company, wants to give those wood utensils a second life as shelves, furniture, and countertops.
On a global scale, we collectively consume a staggering number of chopsticks each year—80 billion pairs to be exact—many of which end up discarded in landfills and other waste sites. Since 2016, though, a Vancouver-based company has been upcycling the disposable utensils into a modern, minimal line of furniture and home goods.
A new video from Business Insider goes behind-the-scenes with ChopValue to chronicle the entire production process, which starts with collecting the free, raw material from about 300 restaurants around the British Columbian city. When they’re brought back to the plant, the utensils are sorted, coated in a water-based resin, and baked in a 200-degree oven for five hours to kill all germs. They’re then broken down and loaded into a massive hydraulic machine that compresses the individual sticks into a composite board, which finally is sanded and fashioned into countertops, tiles, and dominos, among a variety of other products. Since its inception, the company has saved nearly 33 million pairs of chopsticks from entering a landfill.
Business Insider – February 26, 2021 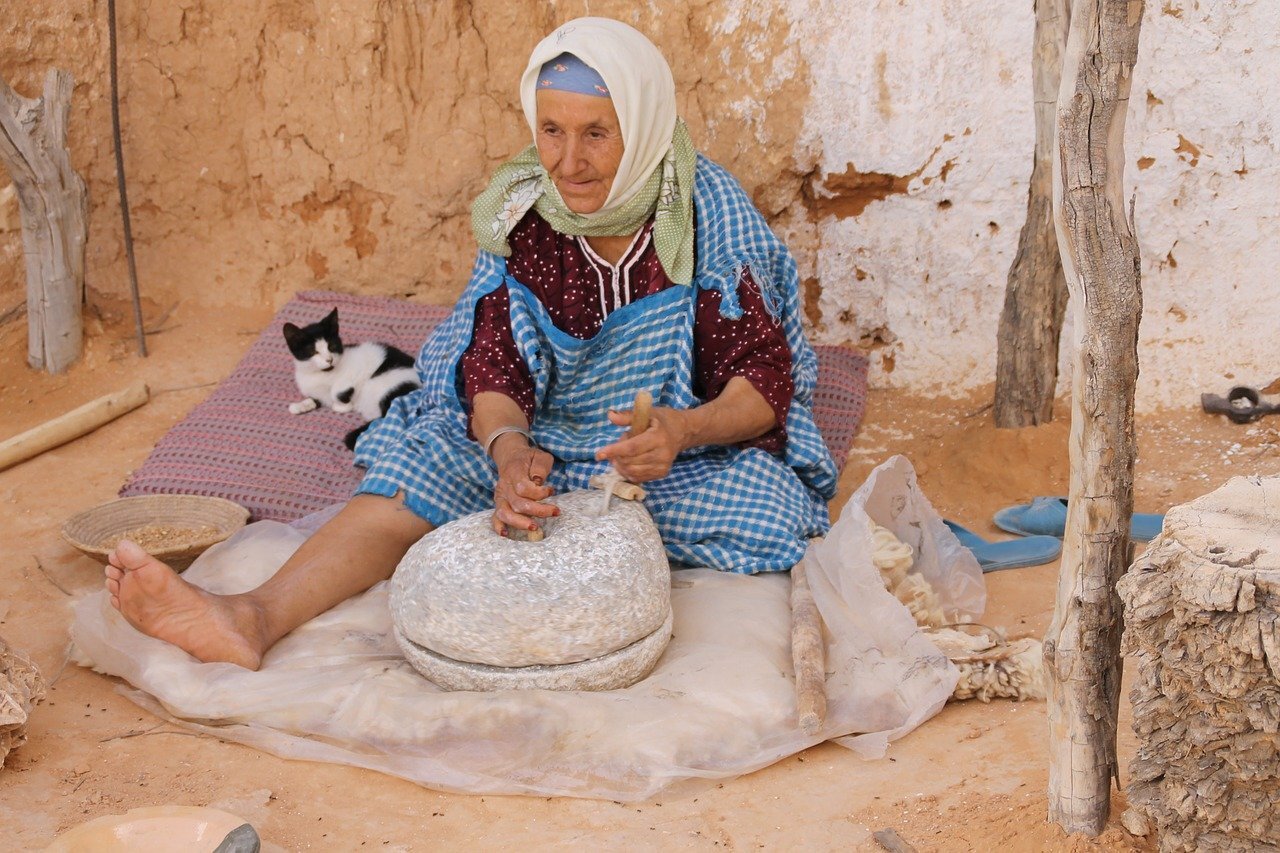 Photo credit: Colle - Pixabay
Why Tunis could be the new Rome
Tunis is bursting with the creative energy of a generation taking full advantage of its newfound freedom of expression and fervour for preserving its heritage in unexpected ways. BBC Travel January 20, 2020
http://www.bbc.com/travel/story/20200125-why-tunis-could-be-the-new-rome
Tunis Like You've never seen Before 4K
The dreamer wild and free – January 13, 2021
At Home in France with garden designer Paul Hervey-Brookes
Hosted by Paul Hervey-Brookes
Journey through a charming village in Central France with a beloved member of the Viking family and award-winning garden designer, Paul Hervey-Brookes, who won gold in 2018 and 2019 at the Chelsea Flower Show on behalf of Viking. Get a taste of France’s rural life and discover some of Paul’s favorite places to shop for local ingredients as he guides us along the village’s picturesque streets. During the tour, Paul shares why he moved to France from the United Kingdom and shows us his beautiful home and garden where he grows his own food. Viking TV - March 19, 2021
https://www.paulherveybrookes.com/video
Lead Photo: filipstraznicky - Pixabay
Any destination and other content featured which is not specific to JWH tours provided in this newsletter is for general information and knowledge purposes only and not an endorsement. The information is gathered through various sources and is subject to change at any time without notice. It is the sole responsibility of the traveller to check with the proper authorities regarding travel to all past, current and future JWH newsletter featured destinations.
Thank you