Kolkata – The City with a Soul 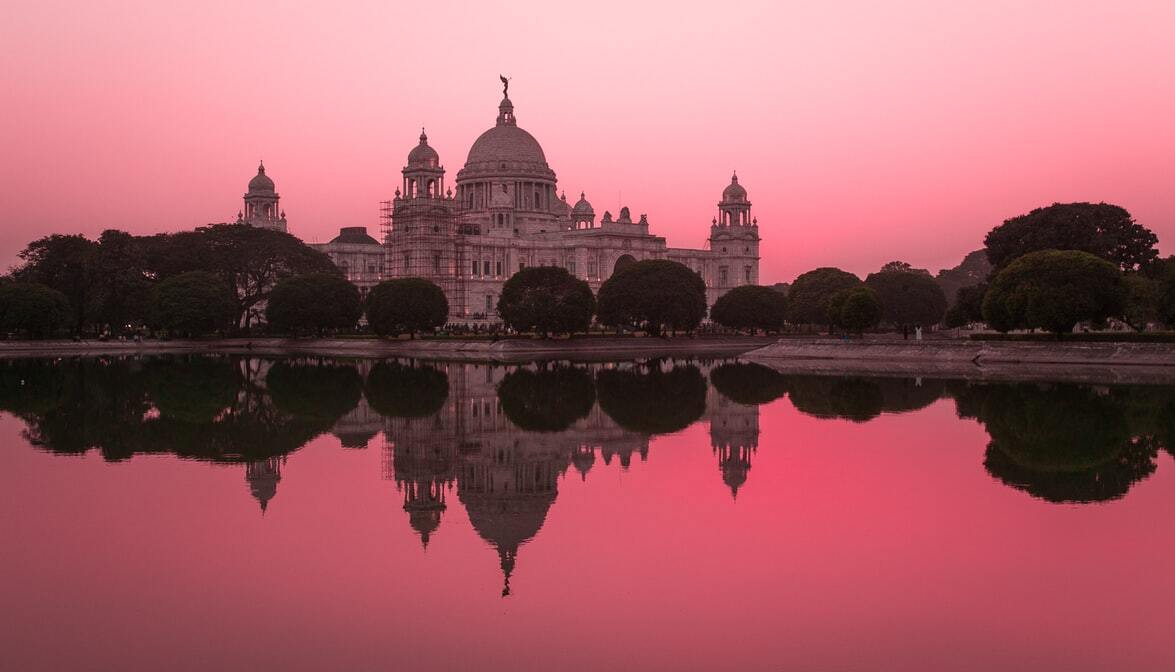 Photo credit: Unsplash - Martin Jernberg – Kolkata, India
Kolkata (Calcutta)
is where India and England collide
﻿
India’s third-largest city is a daily festival of human existence, simultaneously noble and squalid, cultured and desperate, decidedly futuristic while splendid in decay. By its old spelling, Calcutta readily conjures images of human suffering to most Westerners – although that's not a complete picture of this 330-year-old metropolis. Locally, Kolkata is regarded as India’s intellectual, artistic and cultural capital. Although poverty is certainly apparent, the self-made middle class drives the city's core machinery, a nascent hipster culture thrives among its millennial residents and its dapper Bengali gentry frequent grand colonial-era clubs.
As the former capital of British India, Kolkata retains a feast of colonial-era architecture contrasting starkly with marginalised urban areas and dynamic new-town suburbs with their air-conditioned shopping malls. Kolkata is the ideal place to experience the mild yet complex tang of Bengali cuisine. Friendlier than India’s other metropolises, this is a city you ‘feel’ more than simply visit.
Courtesy: Lonely Planet 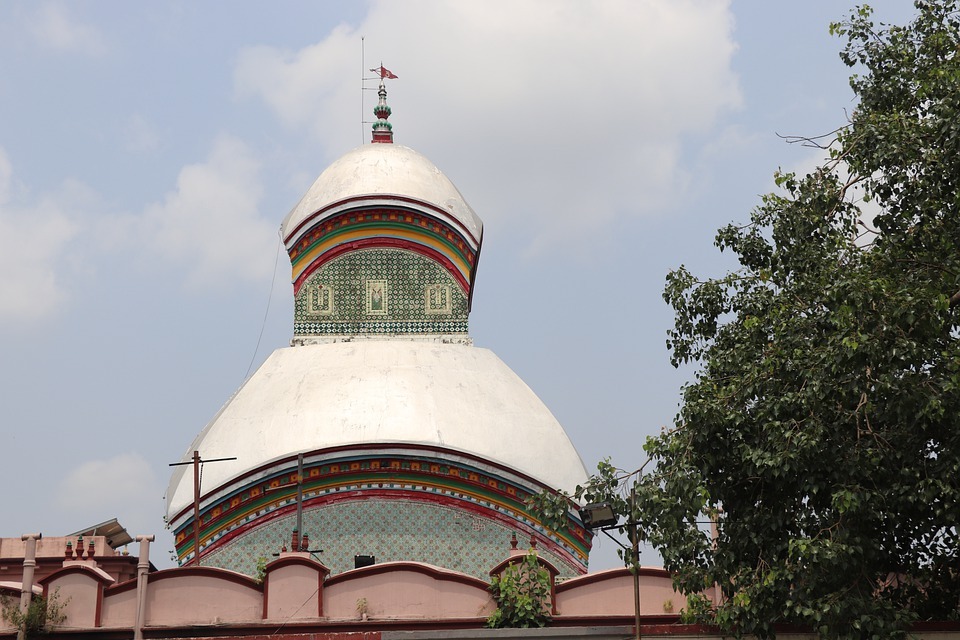 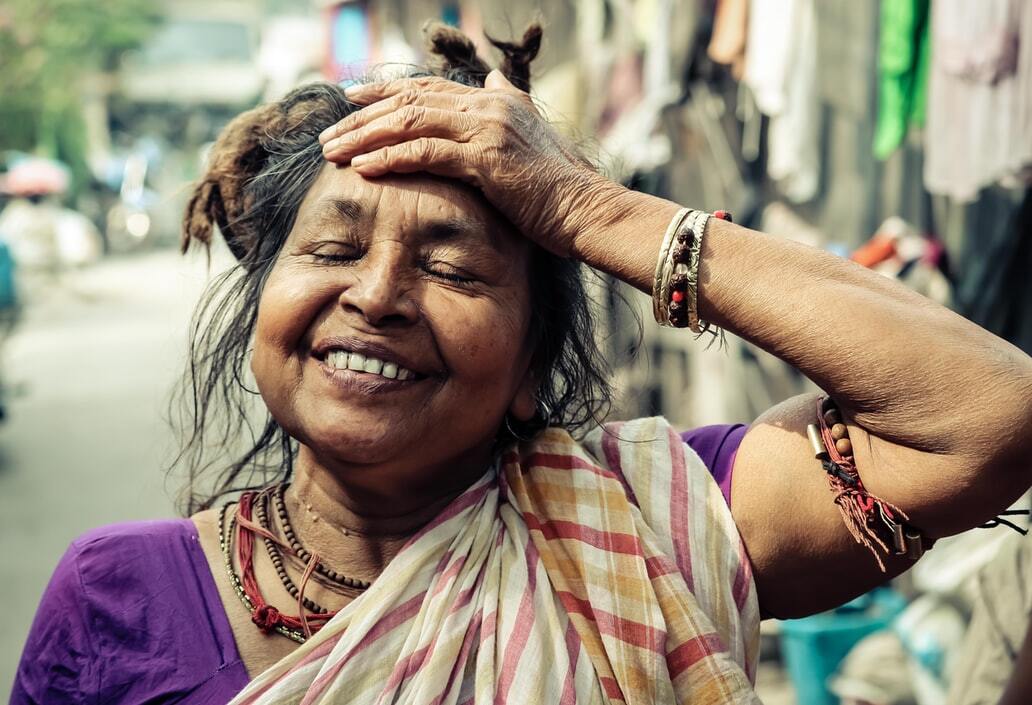 Photo credit: Unsplash – Loren Joseph
Kolkata, India is known as the city of joy, and I wanted to capture that essence through candid photography. 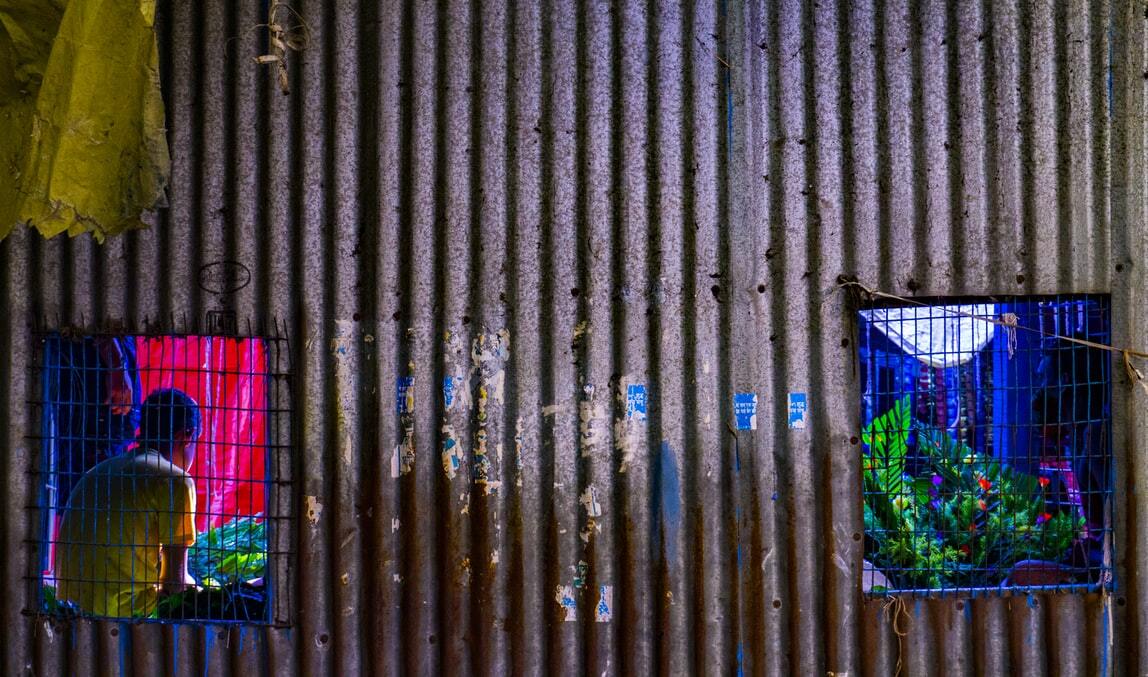 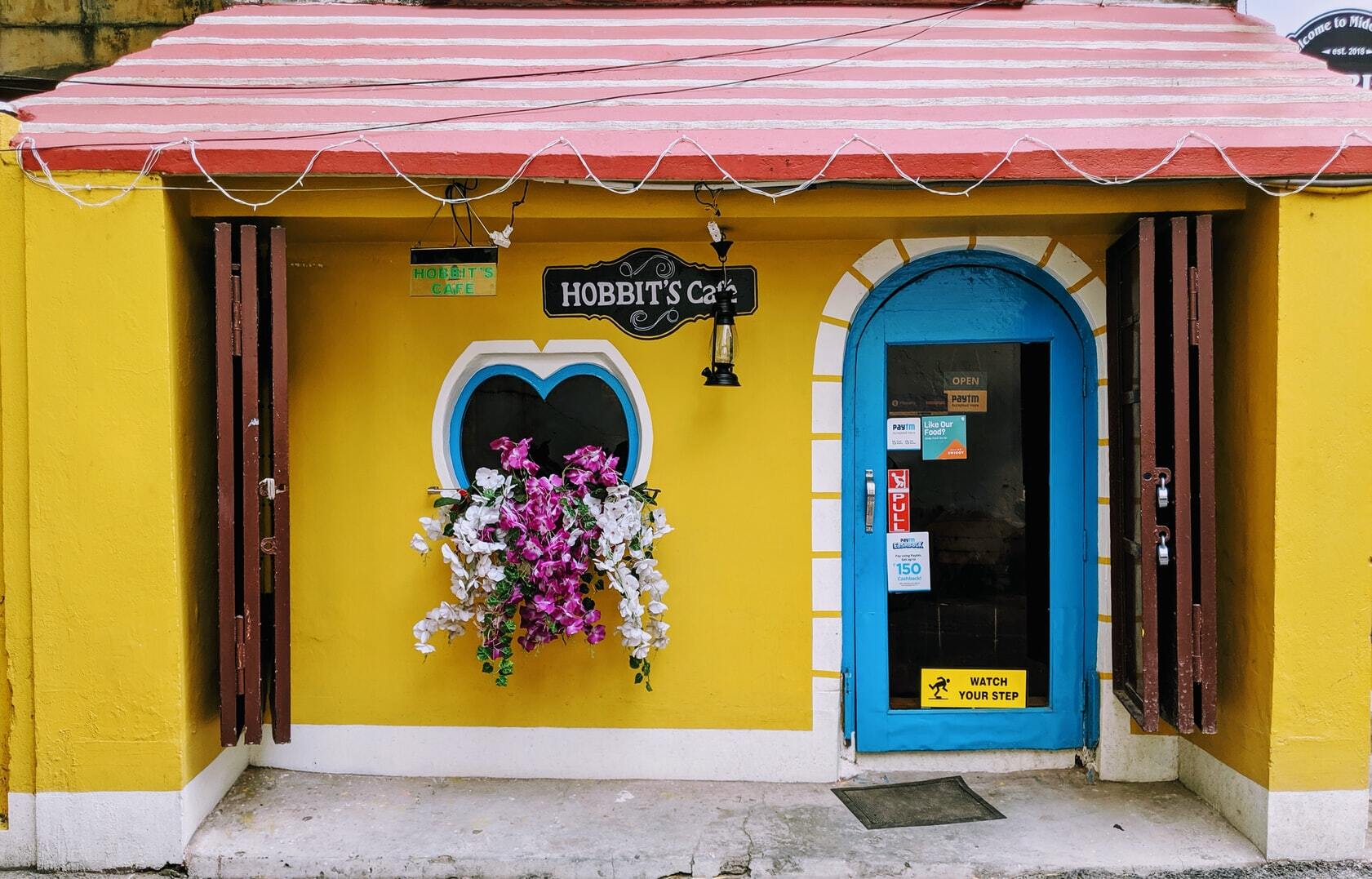 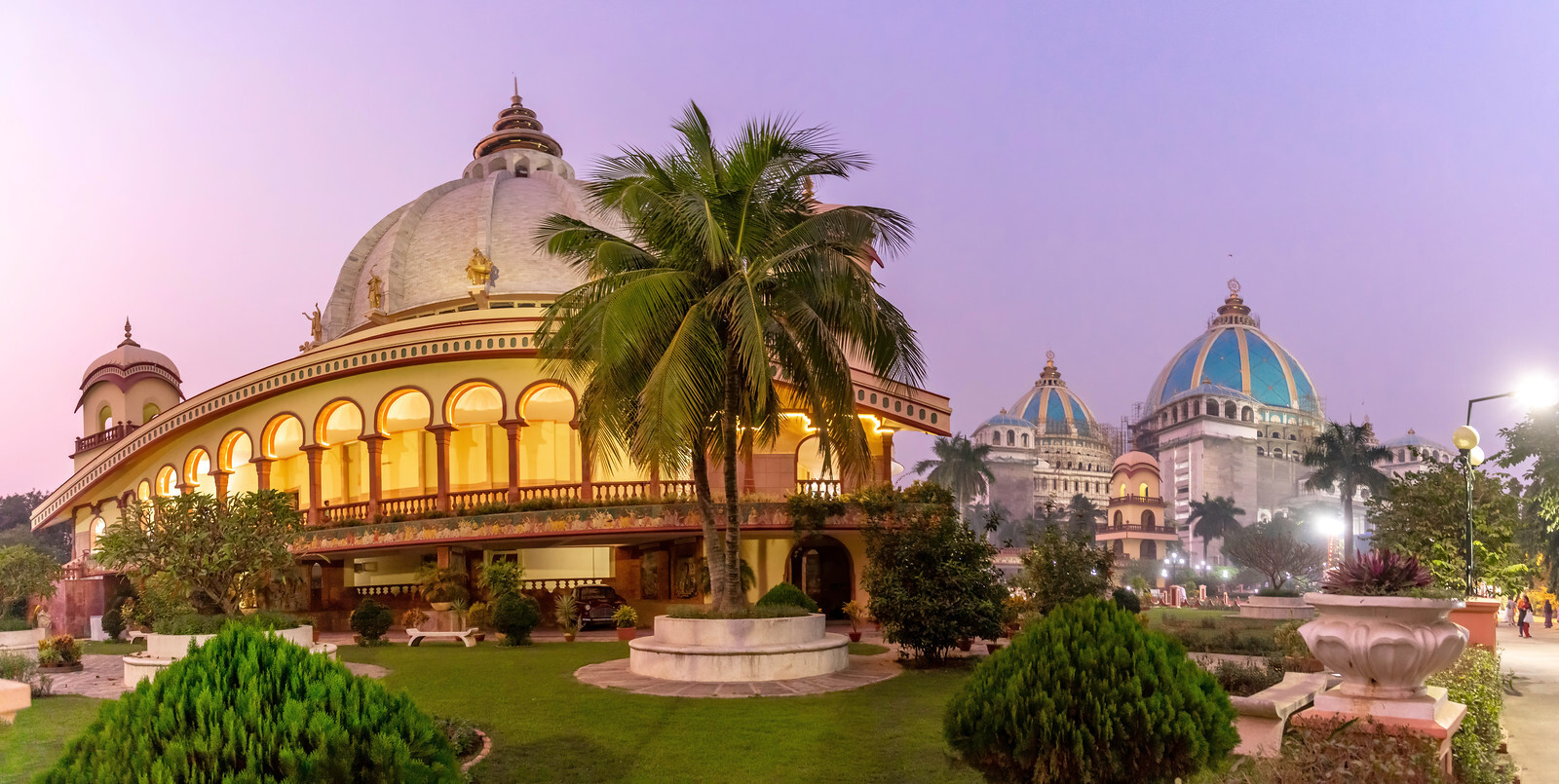 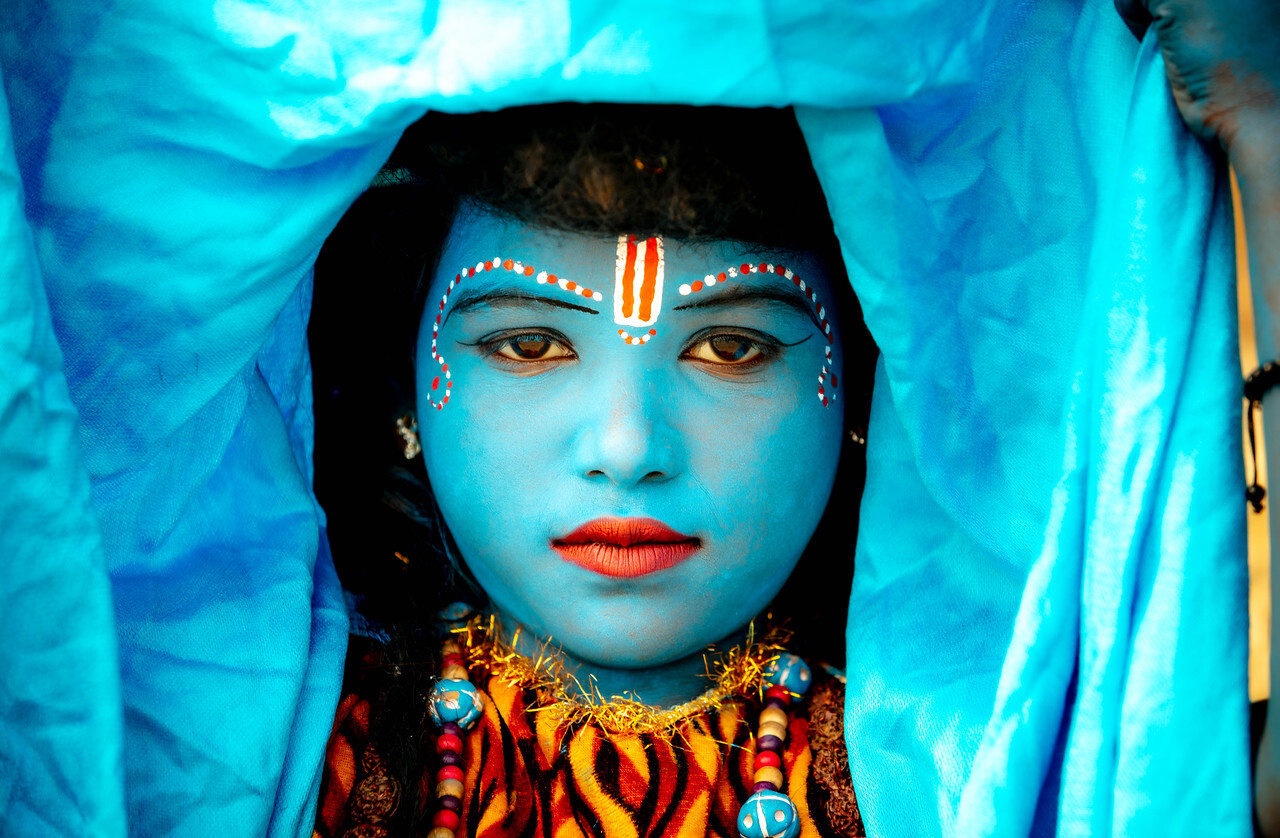 Photo credit: Pandaw Cruises
Lead photo: Pandaw Cruises – www.pandaw.com
BBC - Documentary 2015.09.02 Kolkata with Sue Perkins
https://www.dailymotion.com/video/x5oaz99
Journey Through India: Kolkata | CNBC International
Back in the eighteenth century, Kolkata was British India’s most important trading post and the showpiece of their colonial power. Today the city is regarded as the artistic and cultural capital of India. Join CNBC's Tom Chitty on a journey through the capital
Premiered Nov 8, 2018

EXPLORING INDIA’S MOST CURIOUS METROPOLIS
EXPLORING INDIA’S MOST CURIOUS METROPOLIS
Kolkata spins at many speeds: at once regal and ramshackle, intense and invigorating. It’s a resolute metropolis that draws curious wanderers ready to hurtle into the hub. It was India’s first truly cosmopolitan city and remains a living encyclopedia of lost worlds. It is a city of almost imaginable extremes, which opens eyes and steals hearts.
Oct 1, 2019

You won't believe the amazing street food here in Kolkata. Indian street food and Indian cuisine is so diverse, and all over the streets of India, you can find so many varieties of Indian spices and flavours. In this video, Myself (Trevor James, The Food Ranger) and Ting are going DEEP for street food in Kolkata, trying some AMAZING Bengali Street Foods in Kolkata, and some AMAZING curry and biryani rice. You can eat amazing spicy and flavourful mutton biryani rice, some super sweet and saffron packed chai tea, a ton of delicious street foods like the Kathi roll and a ton of specialties on deckers lane.
The Food Ranger
Walking Cities, Kolkata
Walking Cities celebrates the centenary of Dylan Thomas by creating cultural exchange between poets from Wales and India, on the streets of their local cities. This walk took place in Kolkata in January 2015.
May 22, 2015

WES Barker
Here is a funny sketch for you lovely people.
Coronavirus Quarantine: A Look at Empty Streets, Highways and Bridges from Paris to Florida 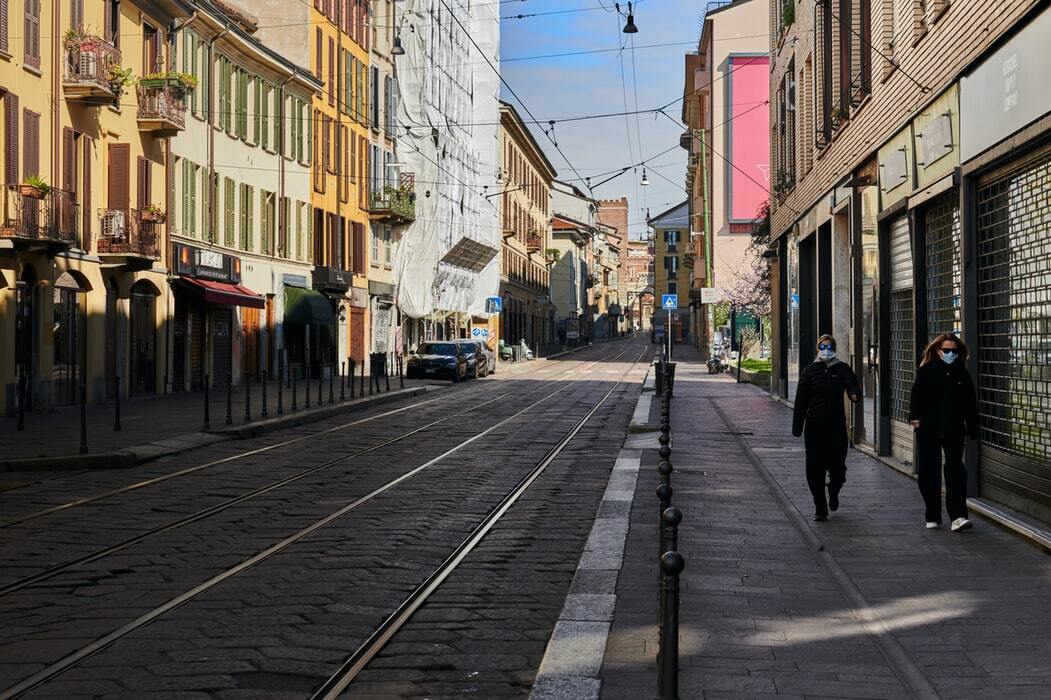 Photo credit: Unsplash – Mick De Paola //Milano - Walking in CoronaVirus times
https://www.cntraveler.com/gallery/coronavirus-quarantine-a-look-at-empty-streets-highways-and-bridges-from-paris-to-florida
by CAITLIN MORTON
April 1, 2020
This may be your only chance to see Los Angeles without traffic
The world is a very different place right now. Amid the coronavirus pandemic, many countries around the world have restricted travel and implemented quarantine measures; others have entered into complete lockdown. Restaurants, bars, and tourist attractions have closed their doors. People are working from home instead of driving to the office. As a result, cities that usually teem with people have turned empty and quiet. (Remember those early scenes of deserted London in 28 Days Later? Things are eerily similar to that right now.) To give you a glimpse of what a world practicing social distancing looks like, we've rounded up photos of streets, highways, and bridges around the world—sites that usually include bumper-to-bumper traffic and tourists crammed together like sardines—sitting empty.
The Current with Matt Galloway - April 2, 2020: Chef and food writer Samin Nosrat wants to help you cook for the pandemic
https://www.cbc.ca/listen/live-radio/1-63-the-current/clip/15768943-chef-and-food-writer-samin-nosrat-wants-to-help-you-cook-for-the-pandemic
You might have her book, Salt, Fat, Acid, Heat, in your kitchen. Chef and food writer Samin Nosrat wants to help you cook during the pandemic with her new podcast.
Aired: April 2, 2020
WHY YOU SHOULDN’T CANCEL YOUR HOLIDAY
https://www.cntraveller.com/article/why-you-shouldnt-cancel-your-holiday
Now is the time to delay your travel plans, not cancel them completely
by JULIET KINSMAN
Horse riding over the hilltops of Umbria in Italy | Condé Nast Traveller
As we write this, Italy is still in lockdown. But this is a timeless address to know: an incredible estate in the hilltops of Umbria that will remain a wonderful place to head to when this period is over. An architect and his wife took over a sprawling stretch of countryside, the setting for about 50 once-dilapidated farmhouses and a Disney-esque castello in 1999. Since then, the estate has been undergoing a careful regeneration – with about half of the farmhouses now revamped to become homes you can take over as your own, and the castle transformed into an incredible hotel. Read the full story in the April issue of Condé Nast Traveller.
Mar 24, 2020

Condé Nast Traveller
10 Amazing Dishes to Make Now, Inspired by Cuisines Around the World
https://www.tripsavvy.com/amazing-dishes-from-cuisines-around-the-world-4800048?utm_source=emailshare&utm_medium=social&utm_campaign=shareurlbuttons
As people begin to hunker down, practice social distancing, and stop traveling, many of us are ready to start cooking at home more—especially as many restaurants close down for the time being. With that in mind, why not take a virtual food tour around the world by cooking international dishes from across the globe? From Indian to Thai to Peruvian to West African, here are some of the best dishes to make that are inspired by cuisines from around the world.
DEVORAH LEV-TOV
Updated 03/18/20
Any destination and other content featured which is not specific to JWH tours provided in this newsletter is for general information and knowledge purposes only and not an endorsement. The information is gathered through various sources and is subject to change at any time without notice. It is the sole responsibility of the traveller to check with the proper authorities regarding travel to all past, current and future JWH newsletter featured destinations.
Thank you